What Is Screen Scraping and How Does It Work?

Screen scraping is a data collecting technique usually used to copy information that shows on a digital display so it can be used for another purpose. In this article, we will introduce the process of screen scraping and how a screen scraper works.

Normally associated with the programmatic collection of visual data from a source, screen scraping usually refers to the practice of reading text data from a computer display terminal's screen.

Why is screen scraping usually used for transferring data?

"Under normal circumstances, a legacy application is either replaced by a new program or brought up to date by rewriting the source code. In some cases, it is desirable to continue using a legacy application but the lack of availability of source code, programmers, or documentation makes it impossible to rewrite or update the application. In such a case, the only way to continue using the legacy application may be to write screen scraping software to translate it into a more up-to-date user interface. Screen scraping is usually done only when all other options are impractical." (explained in Techopedia Explains Screen Scraping)

Although screen scraping also involves the process of extracting data from a website or application, it is different from web scraping, which aims to get individual data on a website. Screen scraping focuses more on visual information displayed on a screen and does not target specific data or elements.

A screen scraper is a computer program that uses a screen scraping technique to translate between legacy application programs (written to communicate with now generally obsolete input/output devices and user interfaces) and new user interfaces so that the logic and data associated with the legacy programs can continue to be used.

A helpful screen scraper is supposed to meet 2 requirements:

1. Capture screen input and pass it onto the legacy application for processing.

2. Return data from the application to the user and display it properly on the user's screen.

In the early days of PCs, screen scrapers would emulate a terminal (e.g. IBM 3270) and pretend to be a user in order to interactively extract, update information on the mainframe. In more recent times, the concept is applied to any application that provides an interface via web pages.

Screen scrapers play an important role in data migration and integration scenarios. Enabling modern apps to talk with legacy apps that do not offer an API and being the complement to the data entry side of automation, screen scrapers come to the rescue in many business scenarios. Even if the clients have access to the database of the legacy applications when it is necessary to transfer data, it is more convenient and less error-prone for them to go directly through the user interface with the help of screen scrapers.

Both web scraping and screen scraping techniques are valuable for data collection. The 2 techniques can be used at the same time to ensure you gather the right type of data properly. You can use web scraping to grab specific elements of a website, like URLs, texts, stats, etc., and export them into a JSON or excel file. Then, you can use a screen scraper to extract visual data, like graphs and charts.

When it comes to data extraction, people are likely to regard it as something exclusive for the ones with a technical background. But actually, the process can be no-coding. A variety of web scraping tools are selectable for users who are not familiar with coding. Octoparse is one of them.

If you would like to extract the data you need, Octoparse enables you to work with dynamic unstructured data by just clicking on single data points and it will automatically generate efficient code to extract data. No coding is required in this process. Also, it allows you to export data to formats of your choice like Excel, JSON, CSV, TXT, HTML, even directly to your database via API. Octoparse just allows you to harvest data within your fingertips.

Let's take extracting product data from ebay as an example.

According to your own demand, you can either choose to use the built-in templates or create your own scraping task.

If you decide to use the templates, what you need to do is to input the parameters required, and then click on "Save & Run". Once the running completes, the data is ready for you to export. 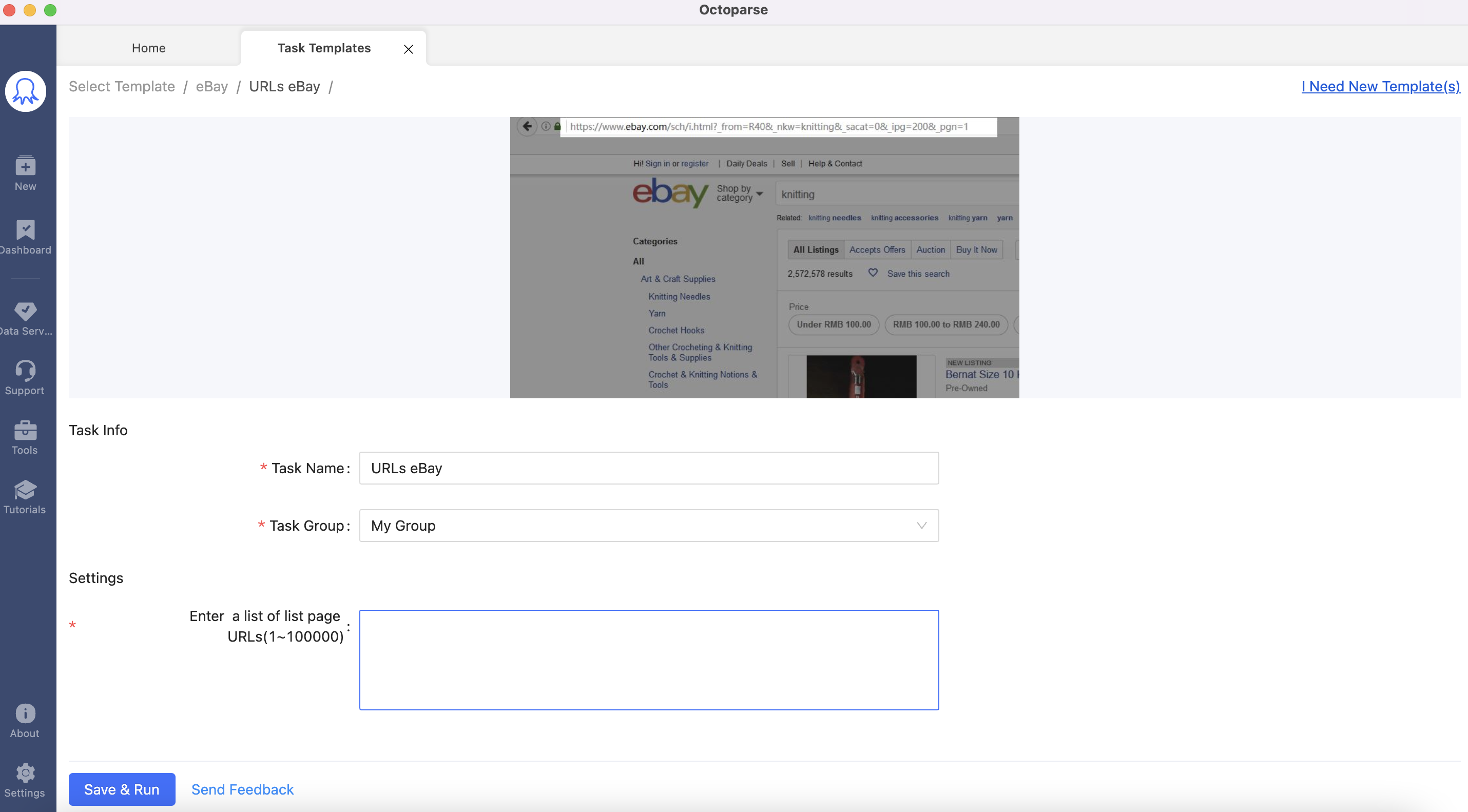 If you decide to build your own scraper, "Advanced mode" is what you ought to select. Just enter the URL of the webpage in the search bar, click on "Start", and create the workflow. The video below demonstrates the step-by-step tutorial:

With Octoparse, the no-code data extracting journey is ready to go. Happy scraping!

What Is a Web Crawler and How Does It Work

PREVIOUS POST
What Can A Price Monitor Help You ? <
NEXT POST
How Does A Non-coding Email Extractor Work? >