On September 12th, Apple unveiled three new iPhones (the XS, XS Max, XR) and a new Apple Watch at its annual fall product event, hosted at its headquarters, Cupertino, California. Every year, Apple’s fall product event goes viral on social media and this year is no difference. We thought it would be interesting to know what people are tweeting following Apple’s new iPhone launch. To do this, we've carried out an analysis of data collected from Twitter.

We extracted tweets with hashtag #AppleEvent with a coding-free web scraping tool and analyzed the data with a rather straightforward model. Our goal was to identify the main voice among Apple fans, whether they are compliments, concerns, complains or anything else. Additionally, we will also be sharing some of the funniest tweets about the new iPhone’s.

Because of limited time, we’ve only collected 908 tweets on the topic of #AppleEvent (Of course there must be more than 908 tweets). The data points we extracted from each tweet include:

· Numbers of comments, retweets, and likes

Most Tweets Were Sent During the Event

From the tweets we scraped, the earliest tweet with the hashtag of AppleEvent was sent on June 4th, along with #WWDC18, at which Apple announced the new iOS12.

The number of tweets upsurged on September 12th. From the line chart below, we can see that most tweets sent during the event, from 10 am to 12 am. 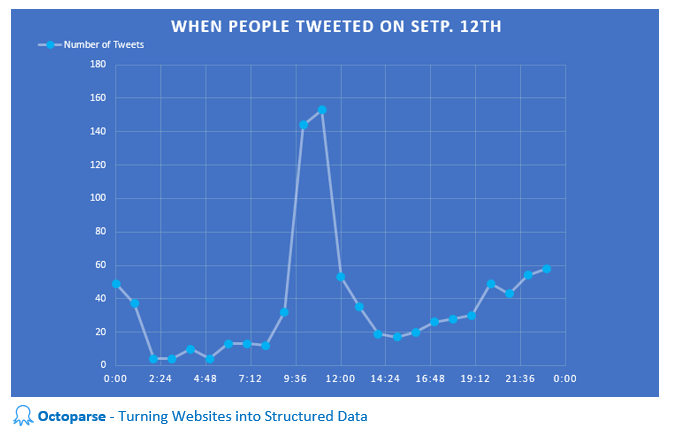 Most Common Words Used in All the Tweets

We also explored the most common words that people used in their tweets about #AppleEvent. Apart from some common words like "new", "price", "buy", there are also some surprising words like "Kidney" or "Android".

iPhone XS Has the Most Attention

We looked into all the data collected and counted the numbers of mentions on each of the new products. It looks like iPhone XS is the winner!

Pricing Is Most Controversial

What is the thing people tweeting most about? Pricing! Surprised? Probably not!

iPhone Xs Max is now the most expensive iPhone in the history, with the starting price of $1099 and the highest price of $1499. Some media also found out that Apple has raised the entry price for the iPhone. Consumers now need to pay at least $100 more for a latest and greatest iPhone than they would have years ago.

The Only Upgrade I care  - Better Cable

In addition to the price that people are tweeting about, another popular topic under #AppleEvent is the upgrade I want/care - better cable.

From the stats we collected on the morning of September 14th, Ternak's tweets had earned 2.7k of retweets and 3.8K of Likes, which implies that Apple shall take this issue into serious consideration next time.

Of course, there are some people applauding for the new features of new iPhones, though the number is small.

At the time of the analysis, some of the tweets were so hilarious so we decided to share with you the top 10 most popular and funny tweets. Enjoy! 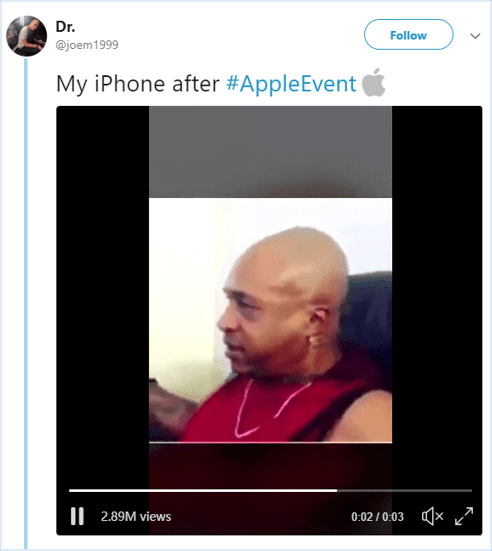 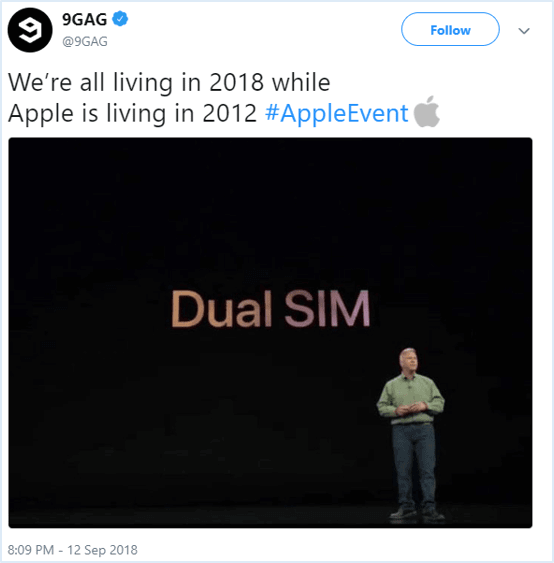 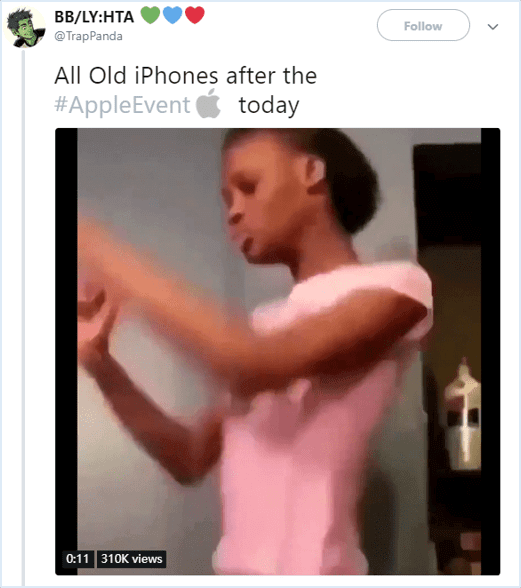 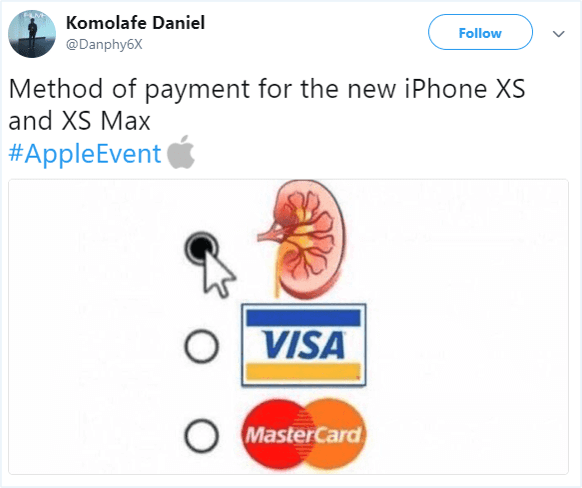 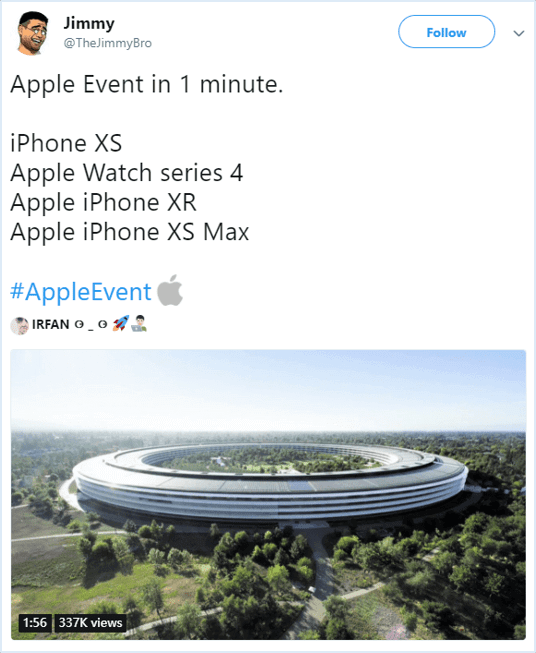 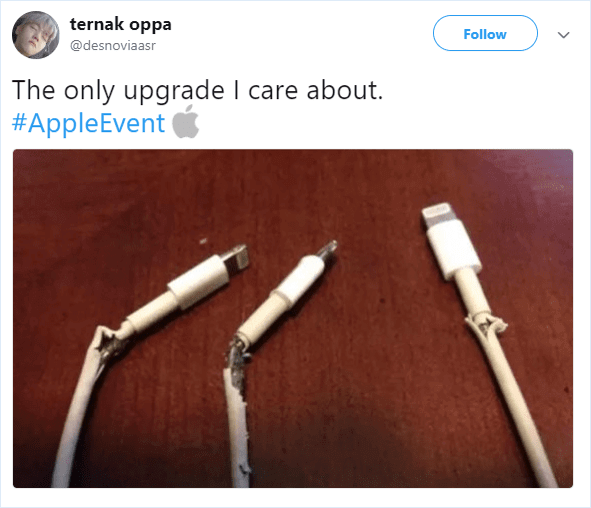 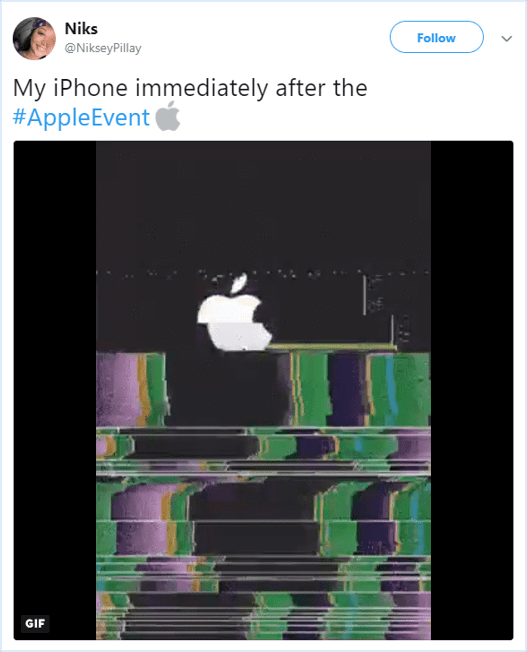 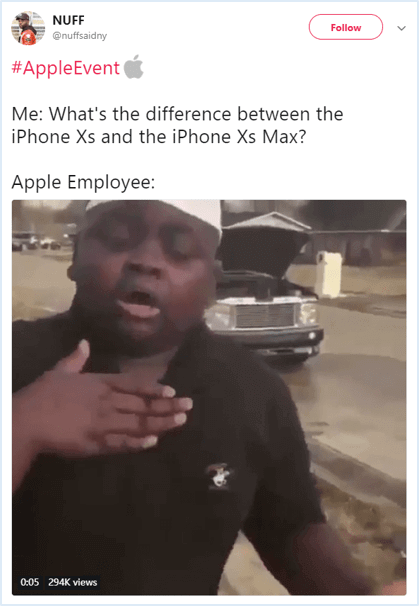 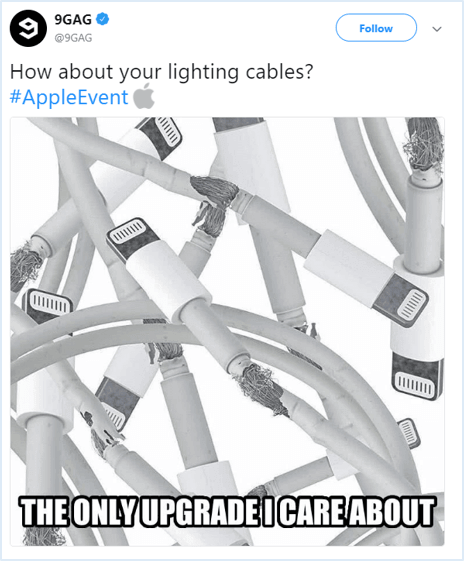 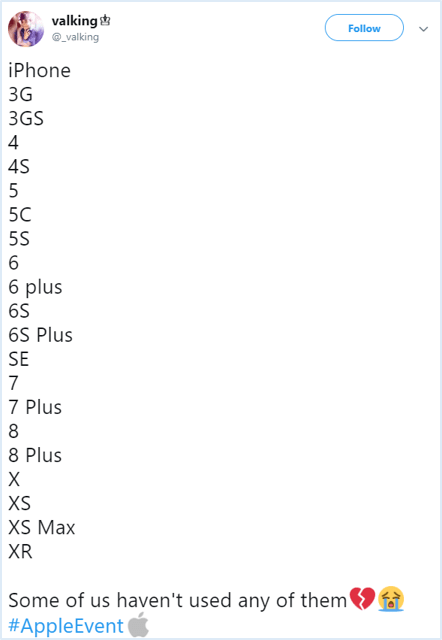 Though many media and people are not satisfied with the new products, yet none of these could hold back the path of the trillion-dollar company expanding its realm. Just like when the same thing happened a year ago, when the public was shocked and complaining about the price of iPhone X, the most expensive iPhone at the time, it turned out to be the proven benefactor of the growing revenue of Apple for the past year with an increasing unit sales price.

Will history repeat itself? We will see.